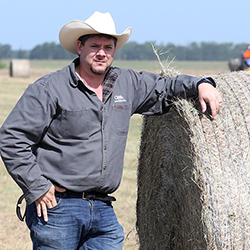 James W. “J.W.” Ross is a founder and President of United Country AltaTerra Realty & Auction, LLC. Mr. Ross has been a Realtor® and successful real estate investor for the past ten years. Recently, Mr. Ross has focused his activities to become a Texas Licensed Real Estate Broker in order to expand his need to help educate others to find their own dreams owning and/or investing in real estate assets. Mr. Ross was raised in the Paris, Texas area giving him first-hand knowledge of the activities, the properties, and the owners in the area. It has always been his deep passion to assist sellers and buyers in the sale or purchase of farm and ranch property. His love for real estate and its rural lifestyle spills over into his professional life. Following graduation, Mr. Ross made the decision to serve his country and joined the United State Air Force. After basic training, he was assigned to the 16th Special Operations Wing stationed at Hurlburt Field, FL. Mr. Ross obtained an honorable discharge in 2000 and returned to Paris, Texas where he honed his sales, marketing, and supervisory skills working at several different retail operations in the Assistant Manager and Manager positions. It was during this time that Mr. Ross pursued his real passion and began studying for his Texas Real Estate License. Mr. Ross passed the state exam during 2003. Once a licensed Realtor®, Mr. Ross never looked back. He joined the local United Country Office as an Associate and began his career specializing in farm and ranch properties. Within 5 years Mr. Ross received United Country’s Top Agent of the Year Award for selling the most properties in a system comprised of over 600 offices and 4000 agents worldwide. In addition, Mr. Ross earned the 2010 Realtor of the Year award from the Board of Realtors. Mr. Ross developed his knowledge and leadership in the fields of commercial and agricultural real estate expanding his area of operations to include most of Northeast Texas. And, at the same time he set his sights on becoming a licensed Broker and owning his own office. Mr. Ross passed the Texas Brokers exam during 2009 and he has served on the Board of Realtors for four years. Mr. Ross is a member of the National Association of Realtors and the Texas Association of Realtors. Mr. Ross, his charming wife, Kim, and their five children call Blossom, Texas home where they are a very active part of the community. J.W., as he is affectionately known around these parts, has earned a place in our society as a valuable friend, one that will reach out and give of his time and resources even when nobody else is looking. He places the same effort working for his clients and serves all with respect and dignity.