Colorado born and raised ranch broker Robert Gash
Robert Gash, a 4th-generation Colorado native, was born and raised west of Denver in the foothills north of Golden, CO. Growing up, his family owned and operated a small ranch consisting mainly of Arabian trail horses, dairy goats and chickens. Robert learned from a young age the necessary skills involved with maintaining a small ranching operation. Fixing fences, milking goats, cutting weeds and cleaning stalls became daily routines sandwiched between enjoying the Colorado outdoors. A lifelong outdoorsman, Robert grew up skiing the slopes of Steamboat, hunting pheasants on his Uncle’s ranch in northeastern Colorado and riding Arabian horses across the Colorado Rockies.
Electrical, construction & real estate development background
After high school graduation and a brief stint at Colorado State University, Robert earned his Journeyman Electrician’s license at the age of 22 and became a master electrician by 23—working for his father’s electrical company for several years before owning his own. Robert also designed and built several custom homes in the Denver-metro area along the way and worked as a real estate developer. He created several minor subdivisions and also constructed the Northview Office Building in Thornton, CO—a 21,000 square foot tilt-up commercial condominium project. During this time, Robert was an active member of and served on the Board of Directors for the Rocky Mountain Chapter of the National Electrical Contractors Association.
Cattle rancher, horseman, dog trainer, ranching knowledge, water rights
After an exhaustive search to return to his ranching roots, Robert moved to the western slope of Colorado in 2007. Located in the small town of Cedaredge, CO, Robert and his wife Jen own and operate Mountain G Ranch, a hay and grass-fed cattle operation located at 6,200’ on the southern slope of the Grand Mesa. There, Robert & Jen raise American Aberdeen cross cattle for their grass-fed and finished, natural beef business. Operating the ranch has given Robert extensive knowledge of Colorado water rights as well as all other aspects related to the farming and ranching lifestyle. In addition to their small cattle herd, Robert & Jen own several Arabian horses, a few hunting Labrador retrievers, a McNab cattle dog, “Cowgirl” and their faithful companion—a Chiweenie named “Polly-Jean”.
Robert Gash, a ranch real estate broker with a working knowledge
Getting his real estate brokers license in 2011, Robert has grown his business each year by paying attention to his client’s needs. “Over the years I have hired and dealt with many brokers on many types of projects,” states Robert, “each one having styles and approaches that I learned from—some good, some bad.” Robert knows that sometimes the only thing holding a deal together is the willingness of the broker to get things done. “Owning a ranch takes a diverse set of skills and knowledge”, says Robert, “having the ability to do things yourself or hiring the right person or equipment for the job at hand is a must—choosing the right broker is no different.” Robert knows that every farm and ranch property comes with its own set of challenges and assets. The right broker can often times be the difference between getting a property sold for the right price and letting a property sit on the market unsold.
Experience at selling Colorado lifestyle properties
In 2016, Robert double-sided Fish Creek Ranch, located in Unaweep Canyon outside of Gateway, CO for $1.1M. In 2017, he followed up with another double-sided transaction consisting of 680 acres of prime big-game hunting ground in Hayden, CO for $1.25M—in less than 3 months time. He also helped facilite a $3.1M sale of a vineyard and winery in Olathe, CO in 2019 and set a record high price-per-square-foot for 2019 with a sale of a $1.4M log home in Dillon, CO. While specializing in farm & ranch property, Robert doesn’t ignore the multi-faceted attributes that many Colorado farm and ranch properties contain. “Many of our farms and ranches here in Colorado provide excellent hunting and recreational aspects,” says Robert, “spending much of my life in the Rocky Mountains has developed in me a love for spending time there. Selling hunting cabins and mountain recreational property makes my job a real pleasure!” An active member of REALTORS Land Institute (RLI), Robert is pursuing his Accredited Land Consultant (ALC) designation—a highly prestigious designation held by only the top farm & ranch brokers in the country. 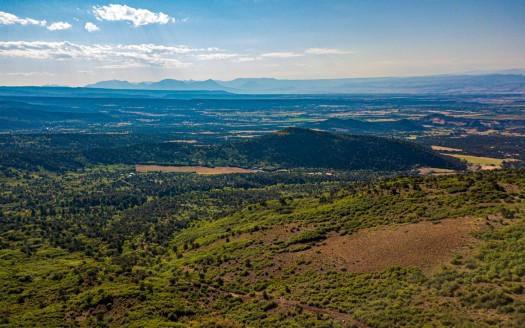 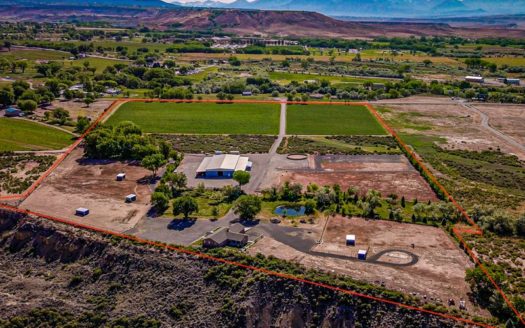