After graduating from Meridian High School in 1998, Earl attended the World Wide College of Auctioneering in Mason City, Iowa. He started his career working in Eagle, Idaho as a salesman and auctioneer for Idaho’s largest public auto auction while simultaneously performing contract auctioneering for a number of heavy equipment auction companies.

In 2006 Earl earned the prestigious title of IAPA Bid Calling Champion Auctioneer for the entire state of Idaho while also graduating the Certified Auction Institute at Indiana University in Bloomington, Indiana.

After obtaining his real estate salesman license (and later his brokers license) Earl combined his two passions and began conducting real estate auctions both online and live. His experiences with real estate auctions led him to develop an entire new and successful concept for conducting online personal property auctions. He debuted his ground-breaking idea in Nampa, Idaho where his auction house flourished and promptly outgrew their offices in two months. In the next six months several auction companies followed Earl’s lead all over the Treasure Valley.

Earl has a passion for the outdoors, specifically whitetail hunting as well as fishing for steelhead salmon or Chinook Salmon on the Snake River, Salmon River and the Clearwater River (all of which are within an hour from Grangeville!) If he can’t be found out in the wilderness doing one of those things, chances are he’s trophy mule deer or rocky mountain elk hunting. During football season you’ll find Earl at the Kibbie Dome in Moscow, Idaho rooting on the Idaho Vandals at the University of Idaho’s campus. Go Vandals! 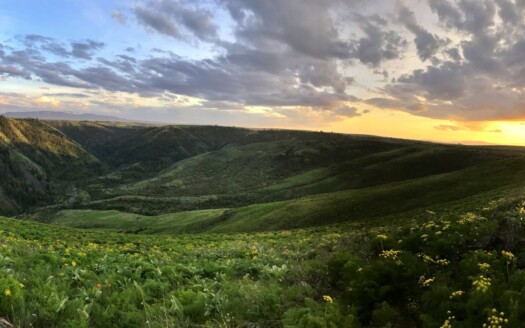 $ 14,795,000
Listing ID: 11055-10282
2800
Earl Musick
A UC Ranch Properties account will allow you to track your favorite properites, keep informed of price changes, updated on sales status, allow for easy property comparisons and more.
Sign into your account
Create an account
Reset Password
Register here! Forgot password? Back to login Back to login