Dave started a family owned and operated real estate business in 2003. In 2006 the small company was recognized as an Emerging Business of the Year and was nominated for the Plains Spirit Award by the Kansas Small Business Development Center. In June 2007 Governor Kathleen Sebelius and the Kansas Department of Commerce recognized the company for the Business Achievement Award for service. The company has been featured in a number of articles in the Salina Journal, Boston Globe, Yahoo News Technology section, on the front page of the Los Angeles Times and many other newspapers.

He joined United Country Real Estate in December 2006 with an office in Salina, Kansas. In April 2007 they opened their office in Coldwater, Kansas and two years later they added auction services to their operation. In February 2012 Dave had the honor of receiving the national 2011 Holcombe Award for exemplary management performance as an Area Vice President in service to United Country Real Estate. He was recognized in March 2014 with the 2013 Holcombe Award, joining a select few that have won the award twice during their management careers.

Prior to joining United Country Dave worked for Farm Bureau Financial Services as a Regional Claims Manager for 17 years, retiring in 2003. He managed claims offices in Salina, Osborne, Concordia and Manhattan. Prior to working for Farm Bureau, he enjoyed 8 years of service to our country in the US Navy aboard a nuclear fast attack submarine, the USS Scamp SSN-588 and on recruiting duty in Western Colorado. 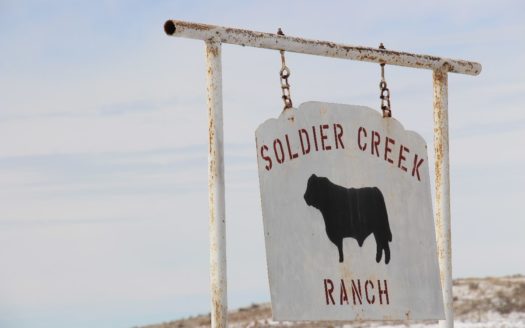 $ 900,000
Listing ID: 15003-00157
51.5 395
Dave Rose
A UC Ranch Properties account will allow you to track your favorite properites, keep informed of price changes, updated on sales status, allow for easy property comparisons and more.
Sign into your account
Create an account
Reset Password
Register here! Forgot password? Back to login Back to login