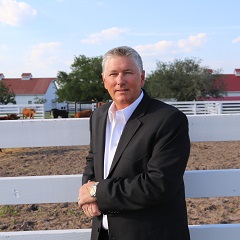 Trey has been a part of the United Country since 2014. After years of selling ranches across the great state of Texas, his goal of working with the world’s largest ranch and recreational brokerage company became realized when he joined SCS.

Trey was raised in a ranching family whose history goes back to Texas land purchased in 1877. He is a director and lifetime member of the Texas Wildlife Association and a lifetime member of the N.R.A. He also holds a position on the Ranching and Wildlife Committee of the Houston Livestock Show and Rodeo. Since 1999, Trey has been a Professional Outfitter and his hobbies are anything outdoors.