Tony was born and raised in Harrison County on a 1200-acre farm South of Mt. Moriah, Missouri where he helped with the family row crop and livestock operation. He was active in 4-H and FFA with horses and cattle as his projects. At age 24, he moved to Massachusetts where he married his wife Brenda. They lived on the East Coast for 8 ½ years. He became an operations manager for a vending company, and their two children Garrett and Bradley were born.

In 1996, Tony and his family returned to Bethany, Missouri where he became a real estate salesperson for United Farm Max Nelson & Associates. His dad and mom, Max and Judy Nelson, were the owners so it made sense for him to go into the family business. His parents have been with the United Country Real Estate Family since 1985. In 2000, Tony and Brenda purchased the real estate business from his parents and it became known as United Country Nelson Real Estate, LLC. Growing up on a farm has proven to be an asset; it has given him knowledge that has been useful for building and maintaining relationships in the rural area.

Tony’s office has finished as one of the top ten offices the last 10 out of 14 years. There are more than 500 United Country Real Estate offices nationwide. Tony, Brenda, and their sons currently live on a 240-acre farm west of Bethany where they raise their own cattle herd. Tony enjoys deer, turkey and quail hunting with his two sons. 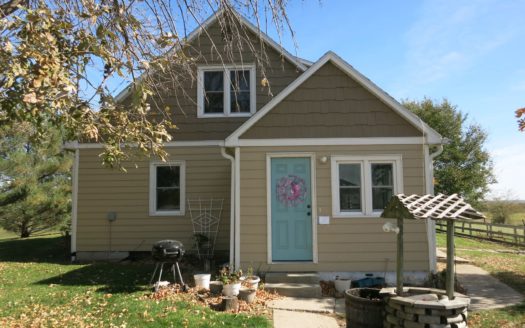