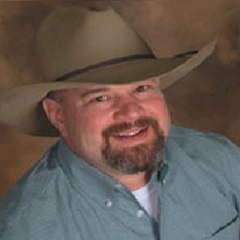 Kelly Wilson is a Ranch Specialist in Oklahoma that grew up in the real estate business. He became licensed in 2000, when he joined the family business, with his parents Wayne & Jean Wilson at United Country Wilson Realty in Elk City, Ok. His family has been selling Oklahoma property since 1980. Shortly after Kelly joined the family business, in 2000, the Wilson’s became a member of the United Country family to gain greater exposure and marketing for the sellers that they are working with to sell their properties.

In 2004 Kelly met his future wife and business partner, Christy Wilson. In 2006 Kelly & Christy opened their own franchise, United Country Wilson Realty of Ardmore, OK. Kelly and Christy are proud to call Ardmore home, where they enjoy all the outdoor activities that Ardmore has to offer, and where they have found their home church at Crystal Rock Cathedral.

Prior to joining the family business and United Country, Kelly proudly served in the United States Marine Corps, where he was a Veteran of Operation Desert Shield and Desert Storm. After leaving the Marine Corps, Kelly then served his home state of Oklahoma in the Oklahoma Army National Guard. Kelly is a graduate of Southwestern Oklahoma State University. Kelly grew up in Elk City, Oklahoma where he graduated from Elk City High School, became an Eagle Scout, and attended Grandview Assembly of God Church. As a young man, with an entrepreneurial spirit, Kelly owned and operated his own business, K&K Services. In the early stages of his life, his folks were evangelists with the Assembly of God, where he was cutting his teeth on the back of church pews.