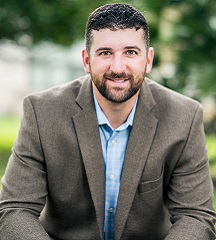 Dustin began selling Live Water, Recreational, Hunting and Investment Ranches throughout Texas in 2008. His passion for the outdoors and business were the perfect fit for this industry. Since he began his career in real estate, he has always been a top producer and has received many awards recognizing these achievements.

Prior to starting his Real Estate career, Dustin proudly served 6 years in the United States Air Force as a Russian Linguist. The sacrifices he made during this season of his life taught him many lessons in hard work, excellence, integrity and overcoming adversity. These are some of the very same principles that Dustin and his wife Shay have built United Country – Ray Land Company on.

Dustin is certainly passionate about selling real estate, but even more so about his faith and his family. He states that “without God and His favor on my life, none of this would be possible.” The Ray’s attend and serve at Grace Avenue Church in San Antonio which began in the living room of their Boerne, TX home.